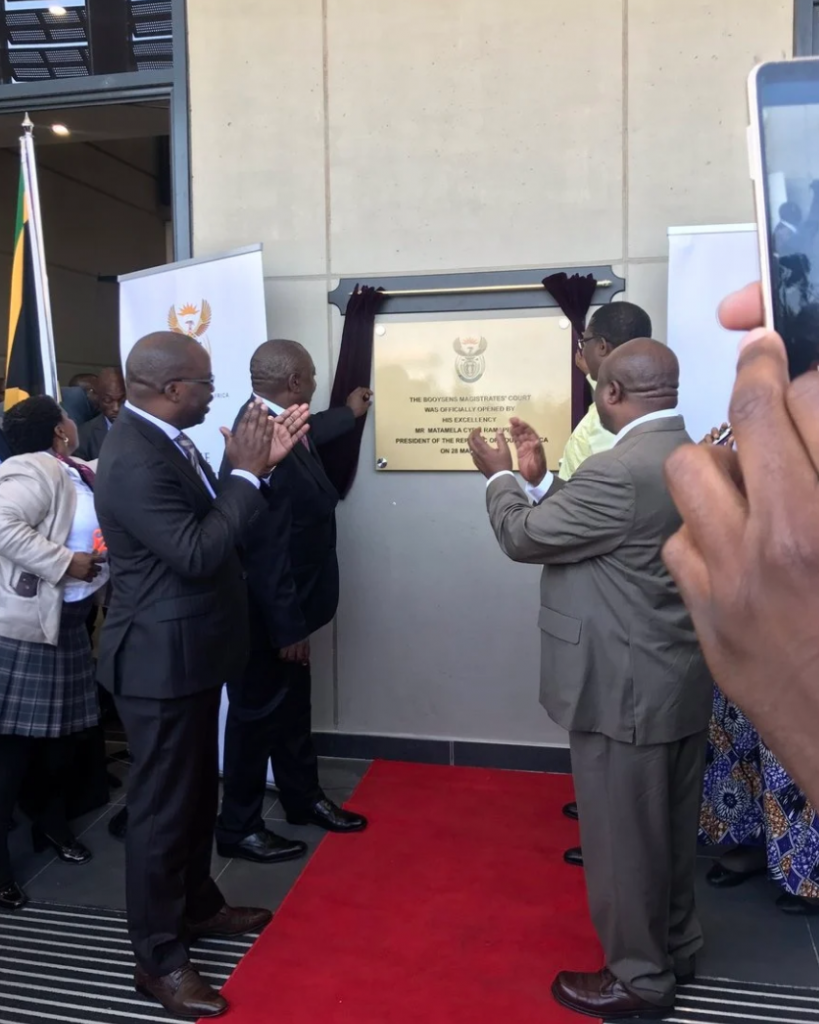 South Africa’s 84th Sexual Offences Court was launched on Thursday when President Cyril Ramaphosa signed the declaration against gender-based violence and femicide (GBVF) which aims to put an end to the growing scourge.

“It is indeed my honour and privilege to be here during Human Rights Month to fulfil the promise to the people of South Africa.

“We promised to act swiftly to eradicate GBVF in our society at the GBV presidential summit held last year,” Ramaphosa told delegates at the Booysens Magistrate’s Court, where the court was launched.

South Africa held its first ever presidential summit against GBVF in November last year at the St George’s Hotel in Tshwane.

The declaration is one of the outcomes of the summit which was convened after the #TotalShutdown movement planned a national march to highlight the plight of women and children in South Africa.

“In essence, our country is facing a national crisis when it comes to GBV. A day does not pass without us hearing harrowing stories of how women and children are being abused and killed. Women and children do not feel safe in the streets of South Africa,” he said.

In addition, when women and children attempt to report abuse, many are subjected to secondary victimisation by law enforcement officials and the criminal justice system.

As a result, Ramaphosa felt it was fitting to sign the declaration against GBVF at the launch of the new sexual offences court.

“Our National Director of Public Prosecutions, advocate Shamila Batohi, tells me that over 70% of cases the National Prosecuting Authority (NPA) are dealing with relate to abuse against women and children.

“Today, we are making a bold and unequivocal declaration that refuses to yield to or accept gender-based violence,” he said.

The head of state hopes that the opening of the court will affirm the rights of survivors and victims of GBVF to be treated with dignity by the justice system.

“We have heard the pleas of survivors and by opening this court we are affirming their right to be treated with dignity, understanding, compassion and empathy by the criminal justice system,” Ramaphosa explained.

The president and members of civil society signed the declaration in full view of the delegates and media.

“Today begins a new era in our determined struggle to rid our society of GBVF. Working together, I am certain that we will succeed,” he said.