The Total Shutdown: One Year On 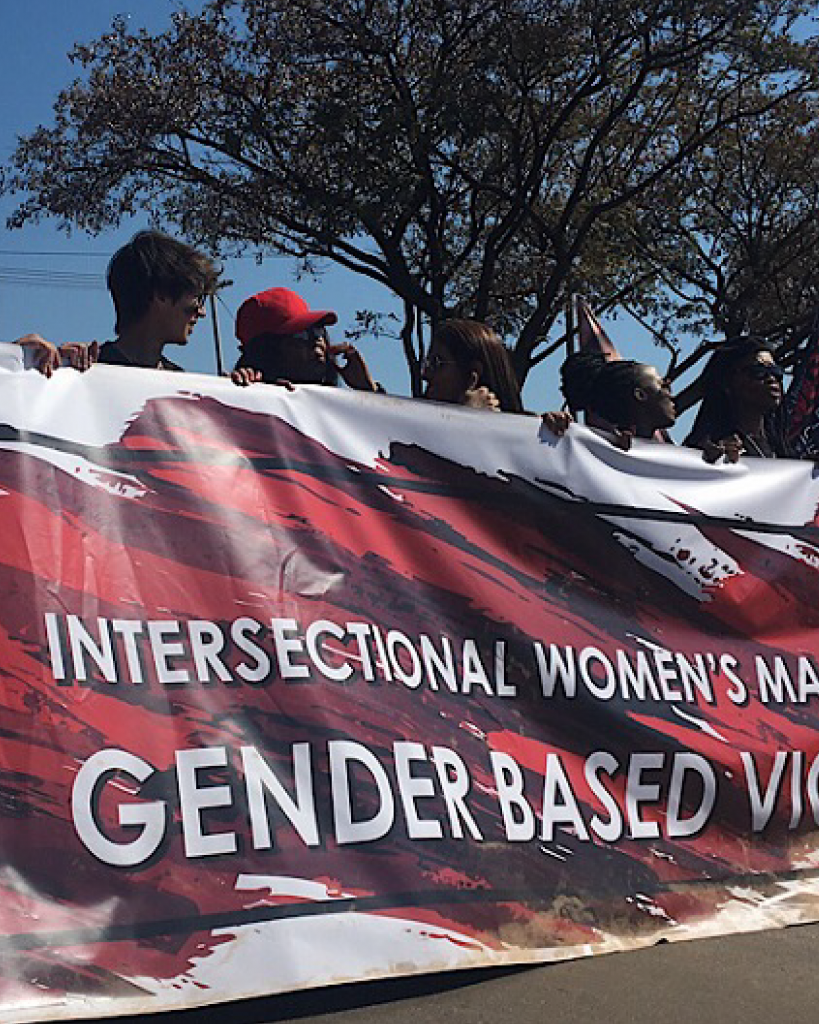 One year ago on August 1, 2018, thousands of women and gender non-conforming people (GNC) took to the streets of South Africa under the banner of the Total Shutdown (TTS). They were raising their voices about the high rates of gender-based violence (GBV) women and GNC people were facing in South Africa. In Pretoria, TTS marched to the Union Buildings handing over a list of demands to the President.

Now one year later, The Daily Vox team spoke to Lesley Ncube, a member of TTS about what progress has been made in the fight against gender-based violence in South Africa.

One year commemoration of The Total Shutdown marches

Ncube says there will be one-year commemoration events happening around the country. The movement has come with a campaign as well to mark the anniversary. It’s the #WeMarchedBut campaign to

highlight how far we’ve come as a movement working with government and civil society and also highlighting how far we need to go.

There will be commemoration funerals happening outside police stations and ceremonies to mourn the lives lost through gender-based violence.

On August 1 when the woman and GNC people marched to the Union Buildings, they handed over a list of 24 demands to the Presidency. Each of the demands had strict deadlines by which the movement wanted the government to respond to them.

Some of these demands included a strong message from the president about the crisis that South Africa is facing due to gender-based violence, the development of a National Action Plan on GBV, and a media campaign for 365 days. The movement also called on the president to convene a national summit on GBV.

Response to the demands

Ncube says from the 24 demands, about four demands have been met by the government. One of the first demands that the president met was convening the National Summit on Gender-Based Violence. Ncube says the presidency has also declared the gender-based violence is a crisis in South Africa.

Thesummittook place on November 2018. It brought together government, the Total Shutdown, and various civil society organisations. Following from the summit, a declaration was signed on March 28, 2019, by all involved. One of the things the declaration called for was a council on gender-based violence. This will be finalised in September 2019 said Ncube.

The most important takeaway from the summit for us was the decriminalisation of sex work and a 365 media campaign to highlight gender-based violence,

She says this still has not happened. With regards to the media campaign, Ncube says there have been conversations on social media but no proper consultations on an “inclusive and educational” campaign.

In the past year

Those charges were later dropped after the police said the management was not informed of any transgressions by the protestors.

They also want to introduce new portfolios for people to monitor the implementation of the demands and so on. Ncube says the movement is a work in progress.

“People should continue to join the movement, and women and gender-nonconforming people should jump on board,”