The Unreasonable Can Be Achievable 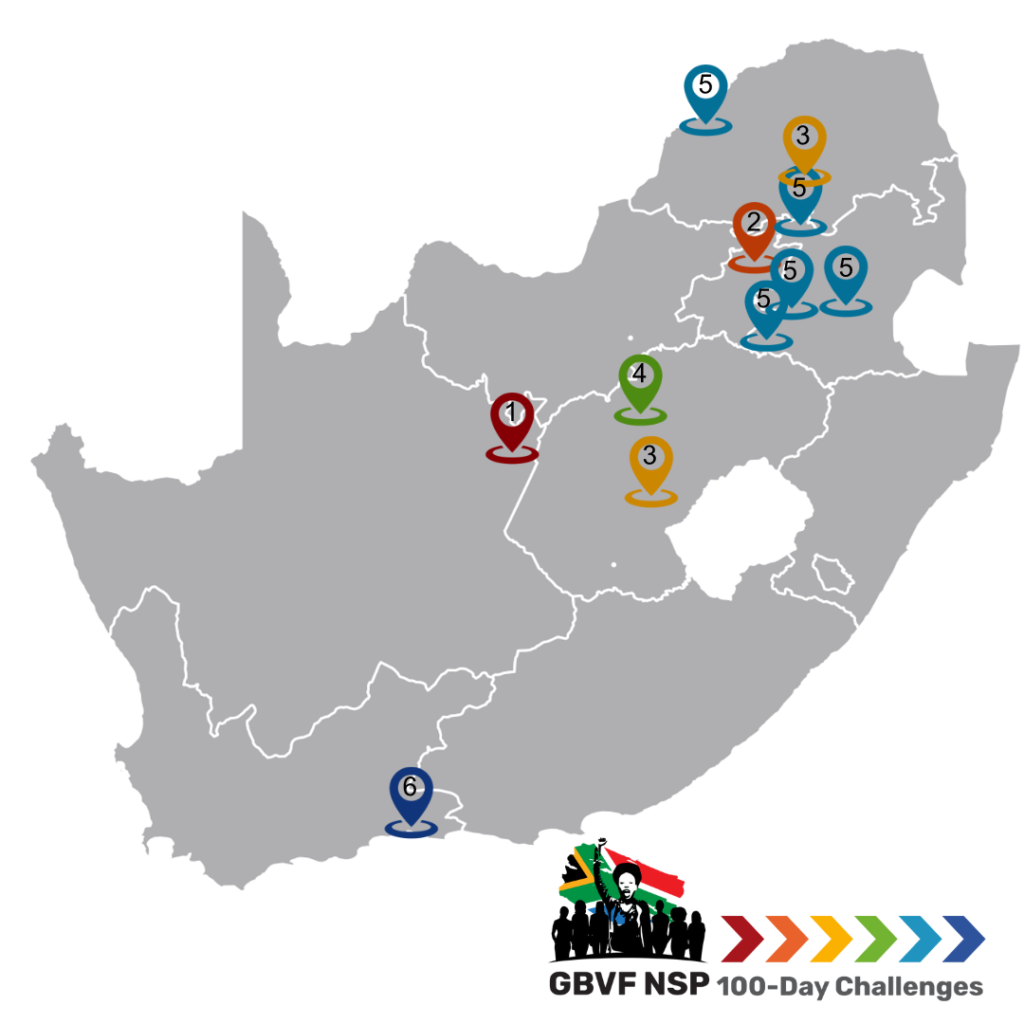 A little more than two weeks into the 100-Days earmarked to find new ways of working to implement the National Strategic Plan on Gender-based Violence and Femicide (GBVF NSP) in municipalities and we are beginning to understand what the teams are thinking. Lift-off sessions have been held in most districts with teams articulating the goals they developed through deliberately designed and facilitated processes.

There is an old adage that says, “The ones who are crazy enough to think they can change the world usually do.” Our frontline teams have committed themselves to achieving the unreasonable and have begun to lay their plans to ensure success.

Each of the teams is focused on an outcome of one of the six pillars of the GBVF NSP. They are made up of local experts: frontline workers who deal with the very problems aimed to be solved through this process.

When it comes to arresting the GBVF epidemic, there is no one size fits all. The teams know very well what the specific issues in their respective areas are. These shape the focus of their challenges. Armed with knowledge and experience, teams set their own goals and develop their own work plans to achieve them. It is not business-as-usual in that the team members themselves now have a stake in decision-making which impacts processes and can determine whether systems will be functional or not.

What emerges from the process is more than that though. Insights into systemic blockages and learnings based on these can often solve problems far greater than had originally been intended. Not only does this process hold the potential to solve national problems but the local solutions developed by local experts in consultation with supportive structures pave the way for better working relationships based on trust through accountability to flourish.

What started with six teams of Ambassadors representing the six pillars of the GBVF NSP sourced from the six pillar teams of End GBVF Collective has evolved and changed as the localisation workshops progressed. Team members are expected to “own” the process and the expansion of the original scope of the project is evidence as to how the process creates space to do things differently.

During initial community engagements, the Pillar 3 Ambassadors working on justice, safety, and protection realised that the need for rapid innovation in the criminal justice system was enormous. The initial plan was revisited and Leaders’ Design Sessions were held in two districts with distinct focus areas instead of just one.

The Pillar 5 team partnered with Exxarro. Their focus area is on economic power which coincides with workplace GBVF issues such as sexual harassment and education on the drivers of GBVF.

At present, there are a total of 7 teams working in six provinces. You may ask, “What are they actually doing?”. Read on to find out.

Pillar 3 (#nojusticenopeace) is expediting justice through alternative dispute resolution and improved services in Bloemfontein and Tzaneen.

Pillar 5 (#saferworkspaces) is reaffirming zero tolerance for GBV in the mining industry with Exxarro in Limpopo & Mpumalanga.

Pillar 6 (#integratedGBVFdata) is centralising data for improved accountability and service delivery to children affected by sexual and related offenses in the Garden Route.

A community of care has been established in the form of a Facebook group to allow anyone who would like to contribute to the process to do so. Now that the teams have set their goals and started implementing their work plans, it is anticipated that opportunities for tangible contributions by supporters will become clearer. To join this community and become part of this journey of impact, learning, and discovery, head on over to: https://www.facebook.com/groups/endgbvf100days and answer the joining questions.

At a recent webinar, people pledged to support the work of these teams by making their knowledge, skills, networks, and resources available.This highlights the essence of the 100-Day Challenge process, the creation of an enabling environment for teams to start immediately with what they have and allow the magic birthed  through collaboration and creativity to breed innovation that has impact way beyond 100-days.