WHAT ARE THE 100-DAY CHALLENGES ANYWAY? 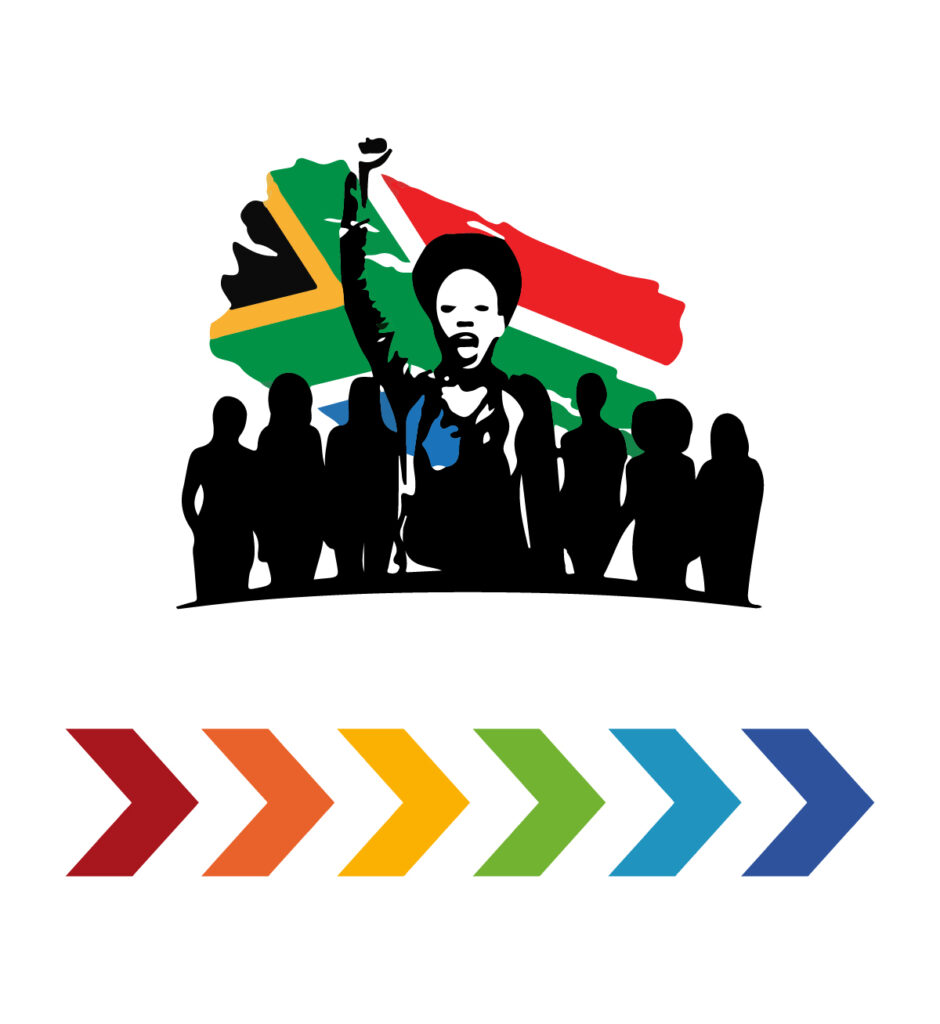 When I first heard about the 100-Day Challenge, I was really excited at the prospect of having a tangible impact on solving the Gender-Based Violence and Femicide (GBVF) crisis in South Africa. As my colleagues from the National Strategic Plan on GBVF Implementation Collaborative (the collaborative) and I were listening to the two 100-Day Challenge gurus talk about what 100-Day teams had achieved around the world, some of the results were astounding:

Wrapping our heads around how to achieve such ambitious goals in 100 days was a little harder. It was difficult to believe that something as simple as facilitating workshops in which teams set their own goals and develop innovative plans could yield such impressive results.

Despite our initial trepidation, the “how” became much clearer when we embarked on a 10-Day Challenge, where all the structural elements of a 100-Day Challenge were replicated, but in an accelerated fashion.

We were 24 members of the collaborative, a cross-agency entity created by the Department of Women, Youth & Persons with Disabilities with the support of UN Women to coordinate the implementation of the NSP on GBVF. The collaborative is organised into 6 pillars, each focused on one main theme. I am part of Pillar 6: Research and Information Management.

For the purposes of the 10-Day Challenge, I had 7 team mates from all 6 pillars. Our team was challenged to increase grant applications to Hlanganisa Institute for Development in Southern Africa for administrative tasks associated with implementation, and/or to improve the processing time of these applications.

The team had freedom to set its own goal and to develop its own plan. Our mentor pledged that their role was to support rather than direct the team. It was clear that this would not be business as usual. One of the principles of the 100-Day Challenges is to make the goal about the actual impact – something that the team can truly celebrate. It is tough to create a measurable impact on anything meaningful in a 100 days, let alone 10 days! This was not going to be easy.

The 8 of us hit the ground running. After clarifying the challenge with our mentor, we met over Zoom to discuss what goal to set; as well as who would lead the team toward it. No one even considered the position or power of team members as a criteria for election,  we voted by means of  a secret ballot.

Being the elected leader of a new kind of team that operates in new kinds of ways was a real eye-opener. It is so easy to fall into traditionally expected leadership roles. It was a constant process to learn, unlearn, and relearn as we progressed toward our shared goal.

Our initial idea was to focus only on increasing grant applications, but we needed to understand why the grant was not being used. We distributed a questionnaire to all pillars of the collaborative. We also had one-on-one sessions with pillar leaders to gather insights. We noticed a pattern.

The problem was not as we had initially anticipated. We again narrowed our focus, a sustainable solution to the current “bottleneck” crisis became our primary goal. We also aimed to have several applications successfully processed using the new system. Our mentor was ecstatic about our progress. Even so, we were incredibly anxious about whether our proposed solution would be understood, useful, or effective.

Ten days fly by in the blink of an eye. Our Team WhatsApp group was a life saver. I really felt so connected with my team. All decisions were made collectively and I felt that my leadership was trusted. Engagements were respectful but robust. Everyone’s ideas, views, and opinions were taken into account, and no thought or idea was ever wasted. Despite our busy schedules, we made time for everyone to provide their inputs. Those who could not attend meetings trusted the group’s decision, this trust was critical to our success.

In 10 days, we redesigned and streamlined the consultancy grant application process, and received 4 new applications! It was a success. Though we may not have reached our original goal, we had made a real impact. We had changed an entire system. Normally, there would have been a committee studying this for a month to develop recommendations before any actions toward finalisation. Setting an over-ambitious target was an excellent way to push ourselves to think in new ways, act in new ways, and inspire those around us to do the same.

Implementing our collective efforts was not magic! It took planning, time management, and dedication. As a leader, I had to be reliable, consistent, and hard working. We learned to accept “good enough” versus “perfect”, as we were stretched to meet the demands of the 10-Day Challenge. Our swiftness could not be at the expense of the values we hold dear by virtue of our life experiences dealing with gender-based violence. As a team leader, my role included ensuring we did not compromise our values, even under pressure.

The 10-Day Challenge was a space where we all practised new levels of inclusiveness, distributed leadership, deep listening, and mutual support. I learned to be a better leader through my team’s support. One should never stop learning. Leadership calls for decisiveness, humility, and love.

As a young black woman living in a society that perpetually diminishes her value; these moments of affirmation are empowering. The 100-Day Challenge process is a holding space where feminist values can be practised. It reaffirms that every person has incredible gifts to offer humanity that are not limited to 10 or even 100 days. Our values will change the course of history. The time for radical intersectionality and equity is now. One day we will all look back and say “Yes, we did that together”.